We use affiliate links and may receive a small commission on purchases. Learn more 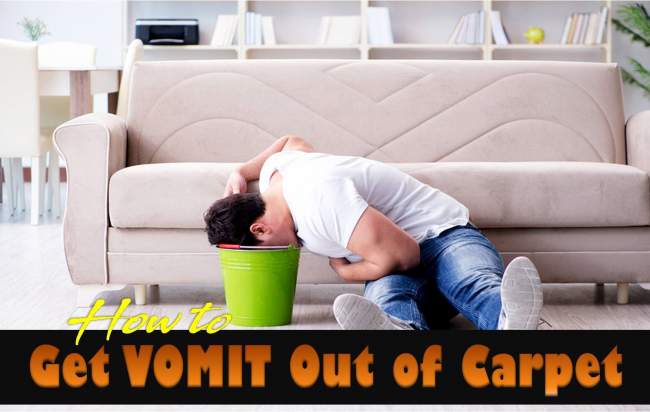 Your cat had a hairball. Your dog got into something it shouldn’t have. Or even worse, someone just had too much to drink on a Friday night.

Either way, the consequence is the same: a reeking pile of vomit all over your carpet.   Vomit is without a doubt one of the worst things that can stain your carpet.  It’s stomach acid mixed with whatever the person or animal was eating or drinking at the time, which can make it even worse to deal with.

We’ve got a few tips on how to get vomit out of the carpet so you can avoid a potentially biohazardous environment. 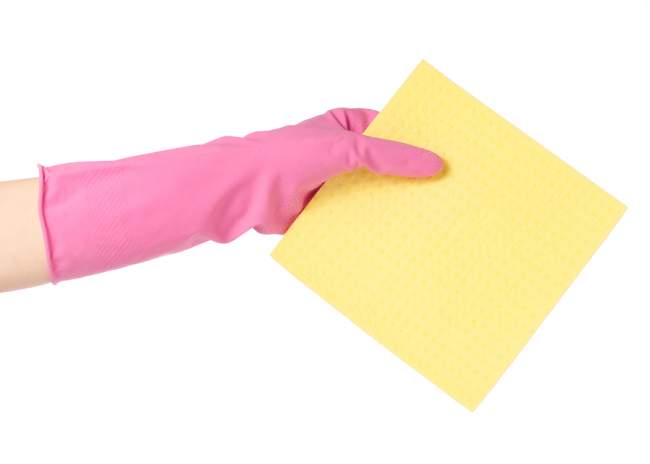 First, you need to put on some thick rubber gloves. You’re dealing with biological waste here with all that entails. This statement holds especially true for human vomit because human vomit can contain harmful bacteria and viruses; the bacteria present in animal vomit can’t likely make humans sick directly, but it’s best to be sure. Also, put on a surgical or cleaning mask if you have one, so can avoid inhaling anything harmful.

Steel yourself, because it’s about to get unpleasant. Use a paper towel or an absorbent towel to clean up as much of the liquid and chunks as possible. You aren’t going to be able to get all of it; the point is to expose the carpet enough so that you can move on to the next phase of cleanup.

Use an absorbent powder like baking soda to deal with the remainder of the vomit. Sprinkle it liberally onto the stain. At this point, there’s nothing to do except let nature do its work: it takes about 15 minutes for the chemical reaction between the vomit and the baking soda to complete. 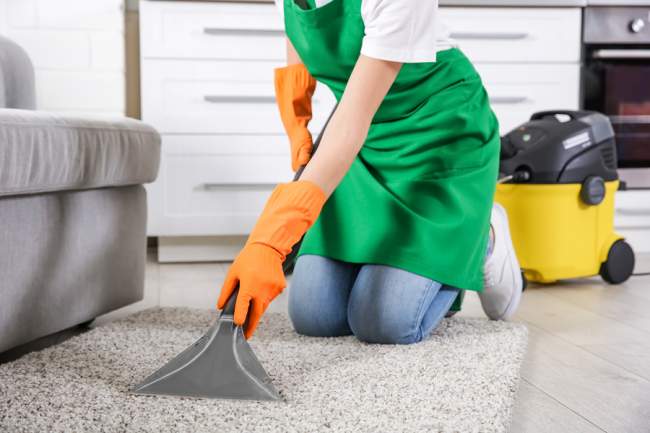 After the baking soda’s had time to do its work, vacuum it all up. Odds are you’re going to need to change your vacuum cleaner bag after this because it will create foul odors and possibly ruin your vacuum. Dispose of the old bag in the garbage.

Dealing with the Remainder

Now that you’ve cleaned up most of the vomit, you have to clean up the evidence that there was an accident in the first place. Create a mixture of white vinegar and water – about a tablespoon of vinegar to a cup of water, dip a clean white cloth in it, and gently begin blotting at the spot where the stain was. You’re trying to remove any clinging bits of the stain that might still be attached to the carpet.

Vinegar works well in this scenario because it naturally absorbs odor.  Granted, vinegar itself has a strong scent, but not one as nearly as foul as vomit. Besides, vinegar evaporates easily, taking any absorbed smell with it. Lemon juice works well as a cleaning alternative. 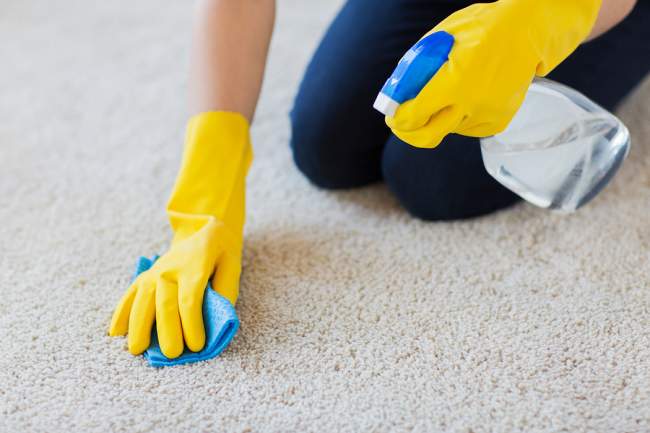 One way to deal with the odor of vomit is a mixture of equal parts lemon juice and white vinegar, infused with a teaspoon of dish detergent. Put this mixture in a spray bottle, spray your cloth, and blot the carpet. Lemon juice on its own has a decent smell that can partially override that of vomit.

Vomit is a biological material that contains protein.  Over time, proteins bond with the air and produce lingering odors, which can be even more difficult to get rid of without completely ripping up the carpet. You can use an enzyme cleaner that contains protease, which breaks down proteins present in vomit. Here are a few examples:

Sometimes you may not know there’s a vomit stain on your carpet until later; for example if your cat had a hairball and got rid of it in a secluded corner while you were at work.

In this case, you need to moisten the vomit before it can be cleaned up. Drop a few paper towels moistened with warm water over the stain and allow it to do its work. It’s gross, but it has to be done; trying to clean any dry stain is likely to rip up your carpet fibers.

If you have pets it can be a good idea to get tools specialised for dealing with the stains and the smells that our fur-babies sometimes deposit. A carpet cleaning machine that picks up pet hair and removes smell costs around $100 up to $400, but might be a good investment for you and your carpet.

It’s vital that you clean up a vomit stain as soon as you find it.  Not only does it look unsightly and smell horrible, but it can also contain harmful bacteria. By using some of the items we’ve listed, you shouldn’t have much problem getting vomit out of your carpet provided you act fast.

Nora Mitchell
Nora has more than 5 years experience in the floor covering industry, acquiring vast knowledge about installation and material selection. She now enjoys working as a writer and an interior decorator. Her work has been featured in The Spruce, Homes ＆ Gardens, Southern Living and Real Homes. See full biography here.

Household Advice is an independent website. We have resources about flooring brands, different types of flooring, maintenance and how-to tips. The content on this site is not intended to be a substitute for professional advice.

This website is a participant in the Amazon Services LLC Associates Program, an affiliate advertising program designed to provide a means for sites to earn advertising fees by advertising and linking to amazon.com.

As an Amazon Associate I earn from qualifying purchases.Amazon and the Amazon logo are trademarks of Amazon.com, Inc. or its affiliates.

Additionally, householdadvice.net participates in various other affiliate programs, and we sometimes get a commission through purchases made through our links.